By Leslie LambertSeptember 30, 2022No Comments

This entry was originally posted on Saturday, September 29, 2012 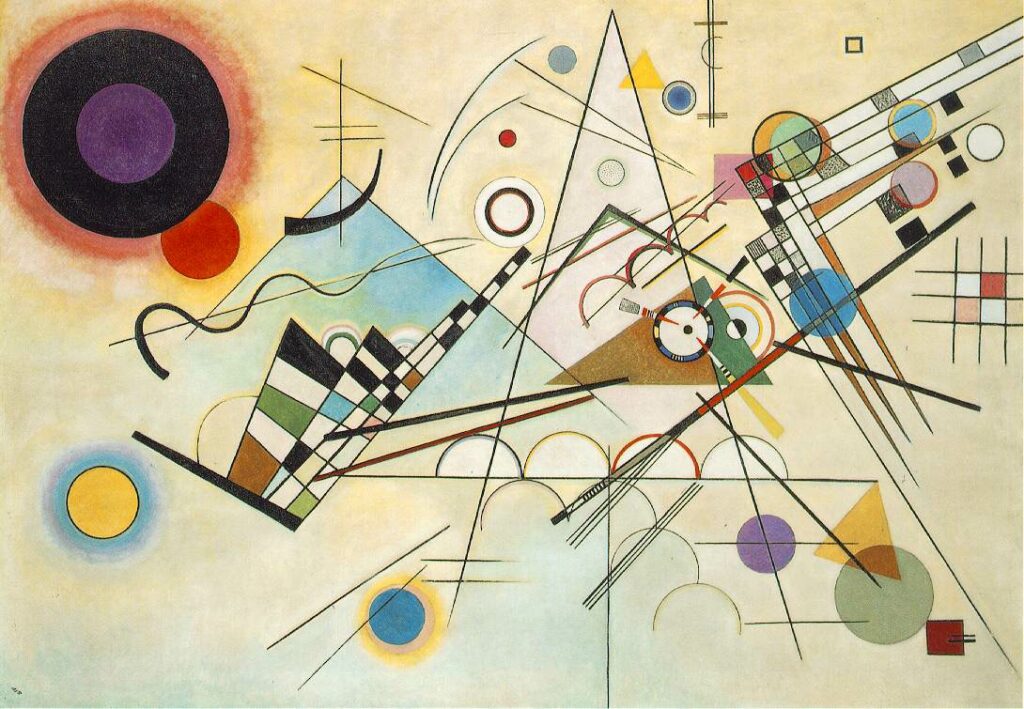 Wassily Kandinsky, a pioneer of non-objective and abstract art, was deeply influenced by the power of music. In fact, it was Wagner’s music that convinced Kandinsky to devote his life to art.

His description of Wagner’s music is that “the violins, the deep tones of the basses, and especially the wind instruments at that time embodied for me all the power of that pre-nocturnal hour. I saw all my colors in my mind; they stood before my eyes. Wild, almost crazy lines were sketched in front of me. I did not dare use the expression that Wagner had painted ‘my hour’ musically.”

It was then that Kandinsky realized that a painting could have powers equivalent to those of music.

Kandinsky spent most of his artistic life translating music into art.

These paintings went beyond just applying a color to a note or a sound.

These paintings became a musical score.

Before I knew the history of Kandinsky and his synaesthesia of music and visual art,

I held the belief that well done abstracts were musical.

Perhaps there is something to that after all.

If you are an abstract artist or wish to venture into it, this might be an exercise for you to try.

Figure out what color several notes in a musical composition would be to you,

then try to combine those notes into a painting.

Consider things like would yellow have a higher pitch and purple be a deeper richer chord?
Listen to it with your eyes closed and see the colors in your mind’s eye.
Where are they placed?
In front of you or off to the side?
What would it look like if you combined these colors into a painting?

Would the painting reflect the notes and the musical score?
Then let the colors flow out of your brush as if you are creating the music.

It will become your visual account of your auditory adventure.