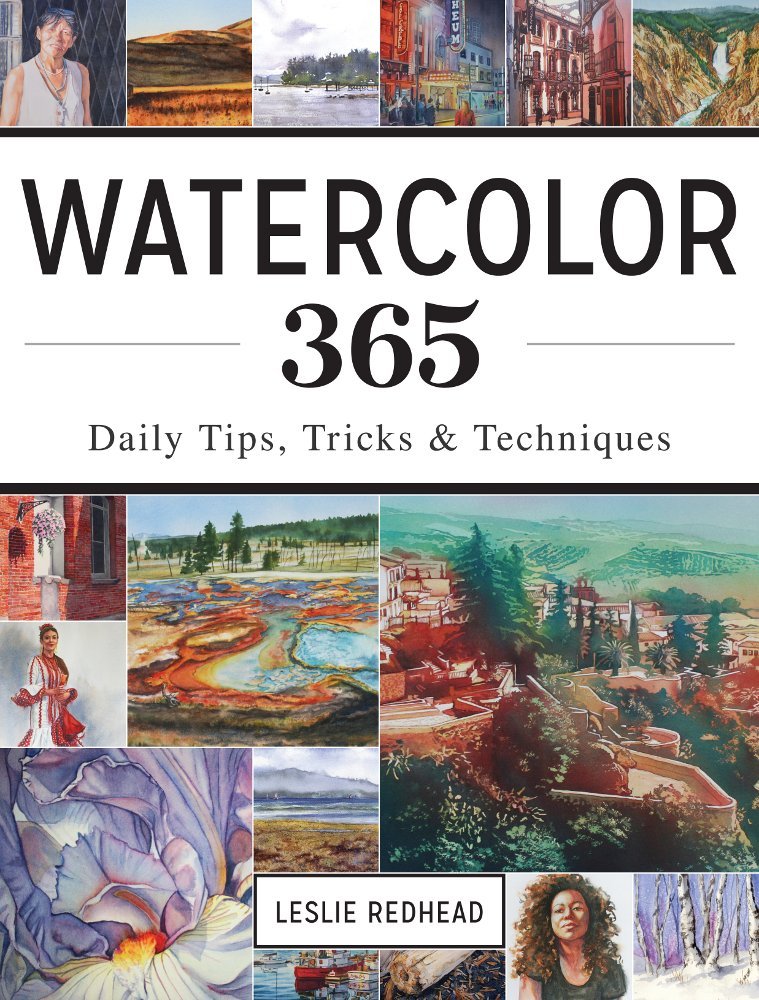 By Leslie LambertDecember 28, 2021No Comments

The Blog and The Book

It has been 10 years ago since I created the blog, Watercolor Weapons, that eventually became the book, Watercolor 365.  It will be 5 years next month since Watercolor 365 was published.

When I created the blog, I had just moved from Victoria, BC to Vancouver, BC. I was teaching on a regular basis in Vancouver and would teach weekend workshops in Victoria once every 4-6 weeks. I was also attending the University of Victoria during the summers, working on my Master of Art Education.

Why I thought I could or should post everyday, I am not entirely sure? My intention with the blog was to stay in touch and communicate with many of my beloved students that I left behind when I had moved. I did not intend to make it a daily blog but that is what eventually happened. I think part of the reason I did post everyday is because as I was working on my Masters degree, I was journaling my painting and teaching process and the natural outcome became this blog. I started to throw in some thoughts and quotes about how to stay inspired and to keep going.

Three years after I started the blog, I contracted with North Light to turn the blog into a book. The timing of the book was difficult as I was trying to extricate myself from nightmarish circumstances. It also could not have been a better time for it. During the book’s writing, I realized that my blog was much more than technique about watercolor and words to keep you painting. It was words for me to get up every single day, to keep looking forward, and to keep hoping for something better. It was me being my own cheerleader and it was the words I wanted to hear from others while I felt alone for many years.

By the time the book was published, I realized I wasn’t alone at all. I had many, many friends that had become (and still are) my cheerleaders and gave me so much more than just words of encouragement. So the blog and the book became not only words for me to keep going but once again words of encouragement for others to let them know that I hear you, I understand you, and you are not alone.

Keep going. Keep painting. You have something beautiful and unique to say with paint.

To celebrate this important anniversary of both the blog and the book, I will be reposting the original posts, starting January 1 from 10 years ago – bad photos and all. I say bad photos because the technology of using your phone as a camera was new and it was my phone that I used for most of these photographs.
Some of these posts are just like the ones in the book. Others have been edited and several are new.
If you have the book, you might want to follow along.